It's National Missing Persons Week in Australia, so every day this week (work, postgrad study and single parenting permitting) I'll be featuring a few cases from each state. Today, Tasmania.
Craig Taylor 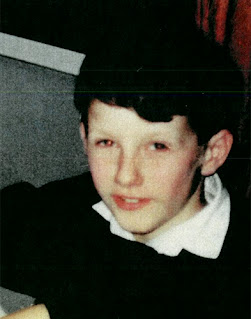 Missing Since: September 3, 1993
Missing From: Coningham, Tas
Date of Birth: 1 April 1984
Age when last seen: 9
Age Now: 36
Sex: Male
Hair Color: Brown
Eye Color: Blue
Craig Taylor, who lived with his family in Launceston, was spending the holidays
at his grandfather's shack near the beach in Conningham, Tasmania on Friday September 3, 1993 when Craig made breakfast for his mother at 9:30am. At 11:30am Craig's mother called for him to accompany her on a planned shopping trip, but he could not be found in the house. She checked around the house, property and nearby beach, but Craig could not be located. She returned to the house at 1pm to wait for Craig there; when he had not returned by 4pm she drove to Kingston Police Station to report him missing. An extensive search of the area was conducted over the following days by the SES, horse riders, Water Police, Police Search & Rescue (including volunteer bush walking groups), trail bikes and local volunteers but no trace of Craig was found. However, on 4 September Coningham locals reported that a kayak had been stolen from their property; the kayak was later found upside down in the nearby water with the bottom heavily scratched.
Craig had a history of unexplained absences and had previously wandered several kilometres away from home. He was familiar with the beach and area around his grandfather's shack; however, he had never used a kayak and was unable to swim. In 2014 the Tasmanian Coroner found Craig had likely drowned or died of hypothermia after taking the kayak out on 3 September 1993.
Helen Munnings 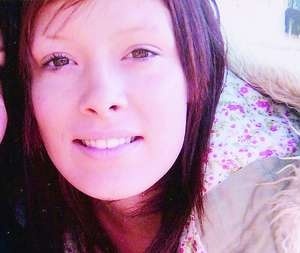 Missing Since: July 23, 2008
Missing From: Burnie, Tas
Year of Birth: 1988
Age when last seen: 20
Age Now: 32
Sex: Female
Hair Color: Brown
Eye Color: Hazel
Helen Munnings was last seen near the beach in South Burnie, Tasmania, on the afternoon of Wednesday 23 July 2008.
Since 2004, Helen had been in a relationship with a man 14 years older than her. Helen gave birth to their son, Donovan, in 2006, and was pregnant with her second child when she went missing. This man was in a de facto relationship with another woman whilst seeing Helen, using a second mobile phone to keep in touch with her. Helen's mother did not approve of the relationship. On the day she went missing Helen told her mother she had a gynecological appointment; she was actually going to meet her boyfriend, with whom the relationship had turned stormy since learning of her second pregnancy. The man said he met Helen on the afternoon of 23 July and they went for a drive; he dropped her at the Bass Highway and she said she was going for a walk on the nearby beach.
Helen was known as an attentive and doting mother who would never willingly part from her child. There have been no signs of life on her bank account, Centrelink or Medicare since she disappeared.
Barry Calvert 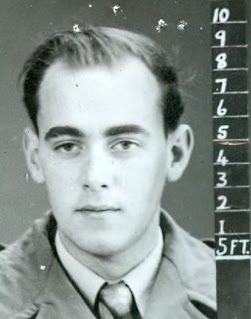 Missing Since: April 17, 1963
Missing From: Paterson Army Barracks, Launceston, Tas
Year of Birth: 1937
Age when last seen: 26
Age Now: 83
Sex: Male
Hair Color: Brown
Eye Color: Blue
Barry Calvert was last seen at the Paterson Army Barracks on St John Street, Launceston on the 17th of April 1963. Barry was a soldier at the time of his disappearance, and was married with two young children. He may have travelled to the mainland following his disappearance, and may use the surname Broomhall.
Nazarawi Woldmichael 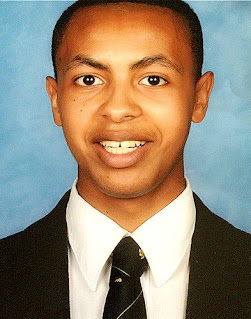 Missing Since: October 9, 2016
Missing From: North Hobart, Tas
Year of Birth: 1996
Age when last seen: 19
Age Now: 23
Sex: Male
Hair Color: Black
Eye Color: Brown
Nazrawi Woldemichael was last seen leaving his apartment at Trinity House, North Hobart at 5pm on October 9, 2016. CCTV footage later showed him dumping his bedding in garbage bins outside his unit block, with his unit left empty with the keys inside. Naz, as he was known, was an arts student at the University of Tasmania and a talented artist. He was seriously injured in a car crash in 2014 that left him with a traumatic brain injury and struggling with mental illness. In the weeks prior to his disappearance he was withdrawing large sums of cash from his bank accounts, which was out of character as he normally used his card, not cash, in day to day life. Naz is the youngest of nine children; his mother has pleaded for information on her baby, saying life is not the same without him.
Sources
Australian Missing Persons Register http://www.australianmissingpersonsregister.com/
Australian Federal Police Missing Persons https://missingpersons.gov.au/
If you have any information on this or any other unsolved case, please contact Crimestoppers