The coldest of missing person cold cases warms up when a link emerges to one of Melbourne's most notorious homicides. This week we're looking at the 1975 disappearance of Julie Ann Garciacelay. 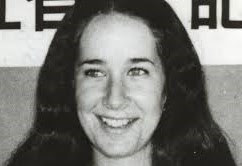 Julie Ann Garciacelay was born in Stockton, California in , but decided in 1974 to follow her sister Gail in moving to Melbourne. To leave behind the West Coast life of the 1970s (I always imagine life in that time and place through a slightly sepia filter, surf, sunsets, Ventura Highway on the radio and Led Zeppelin trashing a hotel somewhere) for the then staid, conservative environs of Melbourne must have been something of a culture shock, but Julie settled in well, doing the rounds of bartending and waitressing work that are a rite of passage for so many young adults freshly arrived in Australia, before landing a job as a library research assistant at Southdown Press, the Murdoch-owned publishers of The Australian and the now defunct The Truth. She made friends, socialised and was involved in a short relationship that ended prior to her disappearance, the two remaining friends.

The sociable Garciacelay was eager to get to know people in her new town. On 1 July 1975 she got chatting at work to one of her colleagues, John Grant, and two of his associates, Rhys "Tommy" Collins and John Joseph Power, about plans to open a soul food restaurant; Julie invited the three men over to the flat she shared with her sister Gail, at 9/26 Canning Street North Melbourne, that evening after work to discuss their plans.

If Julie had known a little more about her new friends, it's doubtful she would have extended her hospitality. John Grant, her co-worker, was an old school crime reporter, reported to be a "character", not afraid to bust heads to get the scoop and rumoured to be a little too close to some of the criminals he was reporting on. Rhys "Tommy" Collins had been the Australian welterweight boxing champion in 1963. After his boxing days were over, he was known for running illegal "two up" gambling rings, with a string of minor criminal convictions.

But the real bad news was Grant's "associate", John Joseph Power. Power was part of the notorious Painters and Dockers Union, a convicted rapist and alleged murderer. In 2002 he grabbed a woman and threatened her with a knife before she managed to break free; his lawyer argued that Power couldn't be questioned because of his terminal heart condition, though Power survived another ten years after this incident.

Julie Garciacelay was surely unaware of all this when she arrived home in North Melbourne on the winter's night of 1 July 1975 and told her sister, Gail, of her plans to have people over for the evening. Gail was feeling unwell and left to spend the night at the flat of a friend in nearby Kew, where she could watch the colour television (a new development in Australia in 1975 - for perspective on how long it took us, the entire original run of The Brady Bunch was shown in black and white on Australian TV, as colour TV wasn't introduced until a year after the show finished). Julie stayed behind, waiting for her visitors. Gail asked Julie to call her boss to let them know that she, Gail, wouldn't be in the next day due to her illness.

Julie's sister Gail returned to the flat the next day to find her sister's underwear and a blood soaked towel on the floor, the money set aside to make the payphone call untouched. Gail's boss reported no call from Julie was received. A worried Gail reported her sister missing that day. Julie Ann Garciacelay has never been seen again.

When questioned as part of the investigation, Julie's colleague John Grant reported that Power, Collins and himself had attended Julie's flat, had a few drinks, then left. Grant and Collins provided unsigned statements attesting that they went to Julie Ann Garciacelay's home and had a few drinks; Julie left to use the payphone and didn't return, they got bored waiting, and left.

And apparently that's as far as the investigation went in 1975. Astonishingly, Power was not even questioned over Ms Garciacelay's disappearance. How could that be? Rumor is that Power was a police informant or had ties to corrupt police; either way, there was some sort of protection from inconvenient questions that hadn't run out by the time he attacked another woman 27 years later. In the meantime, he served a lengthy jail sentence for rape, a shooting and multiple armed robberies.

Power and Grant were questioned by police when the investigation was reopened in 2003 (Tommy Collins died in 1998). Grant gave a "no comment" interview and didn't consent to give a blood sample. Powers was interviewed in Port Phillip Prison, and echoed the original statements of the men in 1975, that he had gone to Julie Garciacelay's apartment in the company of Grant and Collins, stayed to have a few drinks, then left after Julie failed to return from making a pay phone call. Power at this stage did give a blood sample for forensic testing.

The legal case of Julie Garciacelay ends there for now, but there's one more weird twist to this story.

Less than two years after Julie Garciacelay vanished, less than 5km from the home
where she was last seen, two young women were brutally stabbed to death in what has become known to history as the Easey St Murders. Suzanne Armstrong and Susan Barlett were murdered in their home at 147 Easey Street, Collingwood on the night of January 10, 1977. The crime was never solved. 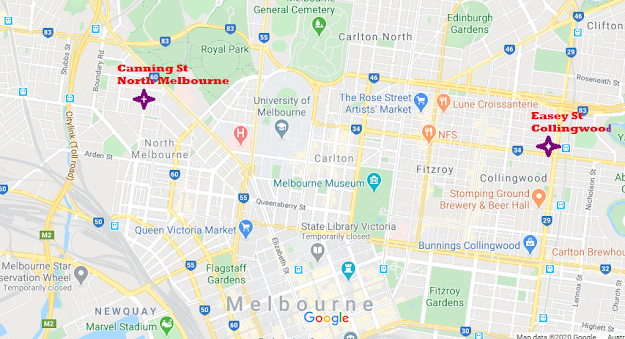 The "two Sues" as they were known, were, like Julie Garciacelay, relatively new arrivals to Melbourne - in their case, from the country town of Benalla - and like her, were living independently, single women focusing on their careers and their own lives, in a time when that was still an uncommon choice for women. They even looked a bit like her - pale skin and the long dark hair, parted in the middle, that was the style at the time. 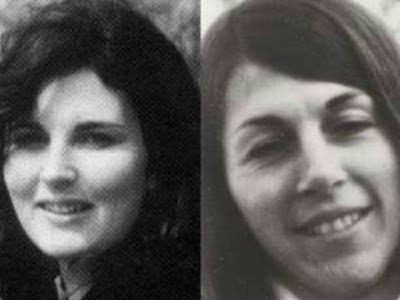 And there's one more thing they had in common. Whilst Suzanne Armstrong and Sue Bartlett were being killed, our friend the crime reporter John Grant was in the adjoining house, asleep on a couch. So he's always said.

But the story of the Easey Street Murders is a post for another day.

If you have any information on this or any other unsolved case, please contact Crimestoppers