(Note: this is the first in what I plan to be a series published Sundays until July, focusing on unsolved NSW  murders. If you have any information regarding this or any other case, please call Crimestoppers on 1800 333 000).

Security cameras capture haunting images of a small girl walking, fragile and alone, through the streets of Mount Druitt. It's 3am, the normally bustling mall in the heart of this multicultural suburb in western Sydney is deserted, and a 13 year old girl shouldn't be walking the streets alone at this hour, you feel; something terrible could happen to her. Those fears were realised; two days later, on February 22, 2004 the little girl in the mall, Michelle Pogmore, is found dead in bush land near Mount Druitt Town Reserve, less than a kilometre from where she was last seen. Fourteen years later, Michelle's murder remains unsolved; her grieving family without answers, and a child murdered without justice.

Michelle Pogmore was apparently a bright, happy and intelligent girl who loved to read and lived in a fairy tale world. She made an impression on those she met. She played with her two year old roommate when in hospital after a bike accident the year before her death. Numerous police in the Mount Druitt and its community outreach programs knew her, and were devastated by her death. Michelle also struggled in adolescence, spending time hanging out with older youths in Mount Druitt. She was not a runaway; she was dearly loved by her family. But the people she spent time with in Mount Druitt may hold the key to her death.

An event that may hold clues to her death occurred eight weeks before: Michelle was raped. She spent several days in hospital following the attack, with Michelle describing the rapist as a man she did not know aged between 50 and 60. There's no indication police ever identified the attacker, but they did investigate the incident before Michelle went missing; Michelle was well known to local police and community services. So many people and organisations tried to help, but she slipped through the cracks, and somebody killed her there.

Michelle's mother, Kathy Nowland, last saw her daughter at their home in Bidwill, near Mount Druitt, on the afternoon of Thursday, February 19 2004. Michelle was in a bad mood after school, but brightened when her mother gave her a new pair of pink and blue running shoes. Michelle proudly donned her new shoes and left home, telling her mother she was going shopping at Mount Druitt. When she failed to return, Ms Nowland reported her daughter missing. In the early hours of the next morning, Michelle was picked up by CCTV in Mount Druitt, clad in a dark sweatshirt, white track pants and her new shoes.

No one knows where Michelle went after she was seen in the mall or what she did on Friday 20 February. She must have been seen or spent time with someone, but whoever that was, they've never come forward. Michelle was seen that evening at a street party in Bidwill, organised to promote a Centrelink youth outreach program. Someone reported on a Facebook page set up by Michelle's mother that Michelle got into an argument at the party. But after that, nothing. We don't know where Michelle went, or what happened to her. Who did this to her.

Her body was found on the morning of Sunday 22 February, near sporting fields at Mount Druitt Town Centre reserve. She was naked from the waist down, her white track pants and treasured new shoes missing; they have never been found. Temperatures reached up to 45°C over the weekend, and Michelle's body was too decomposed to establish a cause, time or place of death. A DNA sample was obtained, and awaits a match one day. Police investigated, but it was a mammoth task without forensic evidence or witnesses, and eventually the trail went cold. Michelle's family don't blame police for failing to apprehend a suspect; in fact her mother actually brings a hamper to Mount Druitt police station every Christmas to say thank you and follow up on any leads.

Those leads have been too few. There's so much we don't know. What happened to Michelle? Why the wall of silence? Where was she on Friday 20 February 2004? Who saw her at the Bidwill Street party? Who hurt her, who left her body in the town reserve? Was it someone from the party, someone she knew from hanging out on the streets of Mount Druitt, or a random stranger who came across the vulnerable young girl? Was her death connected to the rape two months before, or was it something else entirely?

The Coroner left open the possibility that Michelle's death did not involve foul play. But commonsense will tell us that 13 year old girls don't strip themselves naked from waist down, somehow dispose of their pants and shoes so as never to be found, and then just lay down and die. If her death was an accident of some sort - due to substance use at a party, for example - why was she half naked? And most importantly, why has no one come forward to ease her family's agony at not knowing?

The NSW police recently announced a review into all the state's unsolved murders. Hopefully, Michelle's case can be revisited. DNA technology is advancing all the time, and a match found for the DNA traces her killer left on her body. Or an increased reward, or their own conscience, prompts someone who knows something about her death to come forward with the information police need to make an arrest. Anyone who was keeping quiet out of fear they'd get in trouble for teenage misdeeds needs to come forward now. Michelle has now been gone for longer than she was alive. That's a long time to live with such terrible secrets. Michelle's mother, Kathy Nowland, and father, Gary Pogmore, and everyone else who loved her deserve answers. Most importantly, Michelle deserves justice. Who did this to a little girl? Someone must know something. 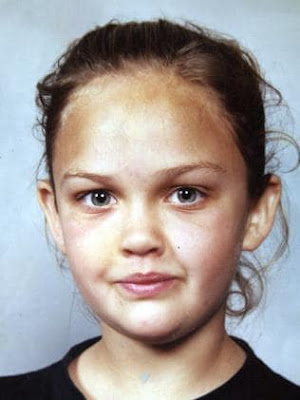